And with a new year comes a new notebook and spreadsheet for tracking wins.

January was much quieter for comping for me compared to previous months. I really struggle to keep my positive outlook during the month and it showed in lots of aspects of my life, however, I still managed some lovely wins.

My very first win of the year was on the 1st January - what a great way to kick things off! It was a Compers News Year Planner and was won via their facebook page in which I'd commented on my favourite win of 2017.

My next prize was a 'surprise' from Crafter's World. I wasn't sure what I would get and as a comper I can tell you 'surprise' prizes can be a bit iffy (Worlds Smallest beach towel aka a flannel from Trainline I'm talking about you!) although I have had some really good ones too. It turned out to be some crafting dies which will come in handy as I really am determined to do some more crafting this year.

My first Instagram win was a gorgeous Italian Florals Candle by Spode. Its a beautiful glass jar candle and RRP is £36 and it smells amazing! 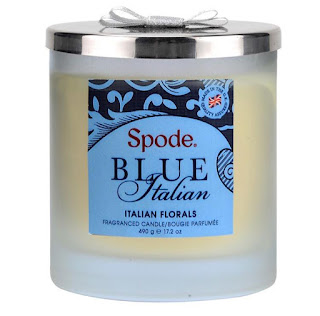 A very small although useful win was some Star Wars themed Elastoplast plasters in a collectors tin, won on Instagram from a simple comment.

Most of my comping pals, and none comping pals will know that I'm a bit of a Harry Potter fan. I have all the books and a few other items displayed in my room so when I saw LoveBooksGroup offering a copy of the Scottish version I decided I really wanted to win it to add to my shelf. It was a simple retweet comp but I sent them a picture of my collection and also a bit of effort in to my reply saying how I had read an article about the Scots version and 'ah wid loue tae read Harry tak' oan ye ken wha' in Scottish (apologies to any Scots reading this) and they announced me as the winner - yay! I have flicked through the book and its bloody awesome I've learnt some new words like skinnymalinky.

Carrying on with the book theme I won a copy of Sunflowers in February.

Then my first purchase competition win of the year was with KitKat who are giving away some awesome Joe Mugs. I chose the Glam version.

Colourful Bites on instagram ran a comp for a box of Macarons which I won and oh my goodness they were delicious!!! 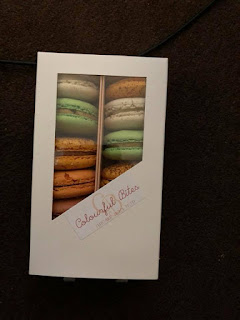 Another candle win which should have been Pink Grapefruit and Vanilla but they sent a different scent, which although may smell amazing lit I'm not keen on in the jar so it's gone in the gift cupboard.

Another purchase comp win was from Cheerios and we won a Star Wars Cereal Tub.

By this point it is the 12th of January Christmas was almost 3 weeks ago and I thought I'd had my full share of advent wins but I was wrong.

My first ever snapchat win was from the Cineworld advent. You had to send them answers to questions and I went a bit out there with my accompanying pic. The prize I won was for a CoCo goody bag so i painted a sugar skull on my face and sent it to them with my answer.

Our first Kids mag win of the year was Transformers The Lost Knight on Blu-ray. We love the Transformers movies and this was the only one we hadn't seen.

I received an email to let me know I'd won a rafflecopter competition from Lulamercer. The prize was a Hotel Chocolat goody bag which I've gifted to my nan. I don't do daily entries on blogs or the tweets so I'm a good example that it's still possible to win from them. 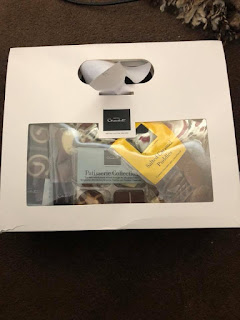 Four lovely nail polishes were won on instagram from ORLY

Then it was J's turn for an advent prize - a Money in the Bank/Extreme Rules WWE DVD from Epic Mag on twitter.

A quick comment on an insta post won me a tote bag which always come in handy!

Blue Monday came and boy did I feel blue! There were lots of competitions about though to cheer people up and I won one! A selection of 7 sauces from Gordon Rhodes on twitter. 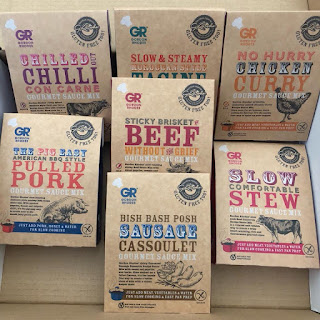 Another twitter win from Sony Home Pictures of a Teletubbies DVD which will be fab for my nephew.

My next two wins were from purchase comps of a KitKat Joe mug and this time on the Cheerio's comp a BB-8 breakfast set which is super cool and quirky but slightly impractical. These both have a lot of prizes to give away and are products we would normally buy anyway so it's always worth looking out for comps on your favourite products and similar brands. 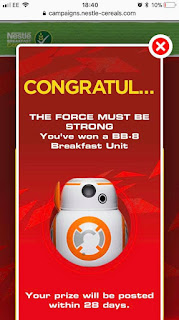 I received an email from Layered Online to say I'd won one of their Advent prizes and received a his and hers TIGI hair set.

Due to the way J is in school at the moment we are doing quite a lot of home educating alongside so I've been on the look out for things we can use and I won two small but lovely prizes on instagram of some imagistones and a personalised name crayon set. 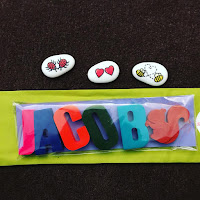 This Is Powder on instagram do a lot of giveaways and gave a 100 winners a StarSkin sheet face mask and a Benefit Porefessional Sample. I've not had a chance to try the mask yet though as i fear I might end up looking a bit like Jason from the Friday 13th films with it on haha.

My next win really cheered my month up. MyReclaim on Facebook were running a live competition giving away 60 different prizes. I don't normally bother much with live competitions as I feel a lot like I am invisible or don't have much of a chance however after seeing a few friends win decided to join in and I think I was in time for the last 5 prizes, and I won one! £200 Love to Shop vouchers! Which are going to come in very very useful.

I won a lovely book bundle for J on facebook from Picture Book Post. Lots of lovely new bedtime stories plus great as I'm trying to find inspiration for World Book Day. 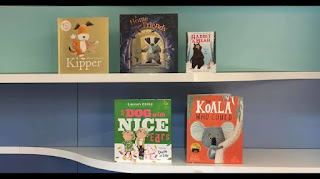 Two more books for me from the adult book club I'm part of, and then, my first Toppsta in almost 2 years!!! Turns out I had an overdue review, eek. So moral of the story guys is always check you have left a review on Toppsta to be eligible to win again.

My final win of the month was an instagram win from Alison Young and is an amazing NUFACE Trinity facial toning machine RRP £300 which I am hoping will leave me looking younger and help me banish my extra chins. There will be some before and after pictures in a future post. 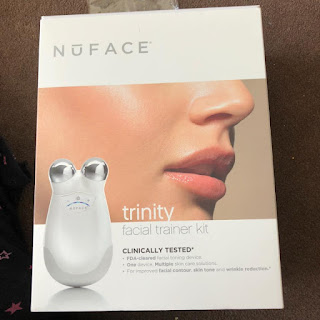 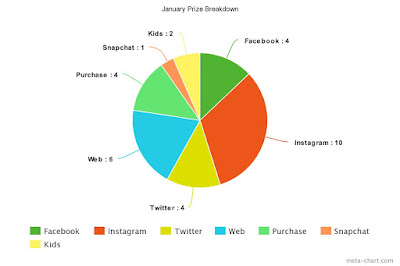