That time I had my own make up for sale in Superdrug....

At the end of 2013 we were living in my grandparents spare bedroom whilst we waited for things to complete on our home. The majority of our belongings were in a storage unit but being an avid comper and having a new home to deck out I had my laptop with me.

Sometimes when you enter comps you win some weird and wonderful prizes, some things are money can't buy and some things are just simply unique and this certainly ticks all those boxes.

I was fairly new to entering comps on Instagram and didn't post as avidly as I do now but spotted that Superdrug were running a competition alongside GOSH to find a new lip and nail colour. They wanted people to photograph colours and then they would shortlist their favourites and put it to vote with the winner getting their shade made into a real life product!

I had a look around at what few worldly possessions we had to think of something to enter and came across Jacobs Duffy bear. Duffy is Disney's version of Build a Bear and although they don't sell them in the stores anymore you used to be able to get dress up costumes for them and Jacob's was wearing a Sully costume from Monsters Inc at the time. I took a close up of the fur of Sully and applied a filter and entered, not expecting to even get shortlisted let alone win. I thought the turquoise colour would make a great nail colour! 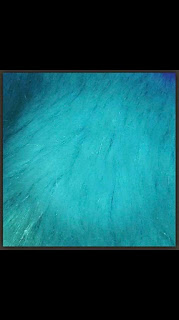 I entered and forgot about it, as I usually do with competition entries, and then I got a message to say they loved my colour and it had been put to the public vote. I'm not one for voting comps, I like people to win on merit rather than popularity which in my case is a good thing as I have no friends! I put a status up twice asking if anybody liked my colour would they mind voting, and people did like it, and they did vote.

My picture was sent off to the lab and they created a nail polish based on my picture and the nail polish was sold in Superdrug stores with my name on the label. I received a couple of bottles as part of the prize and a hamper of other GOSH products. The polish is no longer on sale under my name but I'm told it is still on sale under the shade name Sea Me. 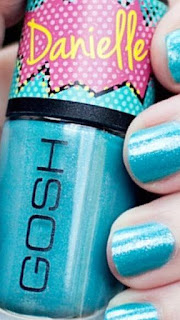 So there you have it, that time I won a really unique prize and had my own make up for sale in Superdrug.
at February 01, 2018