Another month is over with and we are now in the 6th month of 2018, June. Where oh where has the year gone? It feels like only yesterday I was writing a blog post about what we had won in January. Comping has been very hit and miss this month, other engagements have meant that there have been times where I've just not bothered with entering comps, in fact there have even been days where I've not even turned the laptop on when usually it's on everyday, even if just for a little while. Whilst I haven't won such big prizes like the Little Tikes bundle last month I've still had some fab wins and it's proof that you don't have to enter everything to win but just focusing your attention sometimes can be a big help!

My first win of May was a Willow and Wild box on Instagram. They are a craft and gardening subscription box aimed at children and Jacob received the Snapdragon and Radish box. We planted the seeds and they are currently on my kitchen windowsill. We haven't had chance to do the craft projects yet. 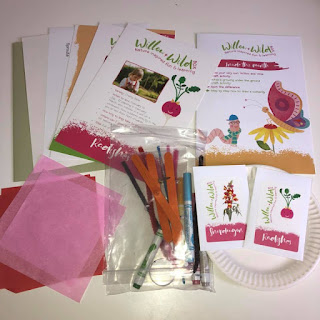 BookTrust have a campaign running this year called Bath Book Bed and so there were lots of blog competitions around to win bundles and we were lucky enough to win one. It came in a lovely cotton bag and had Peppa Pig shower/bubble bath, Peppa Pig toothpaste and Peppa Pig toothbrushes and then 3 different books.

One of Jake's little obsessive quirks are glasses; normal glasses, sunglasses, toy glasses, he loves them all. So he was really pleased when I won a pair of  Hulk 3D glasses in light of the new Avengers film. He was even happier when 2 pairs arrived so we could both be Hulk! 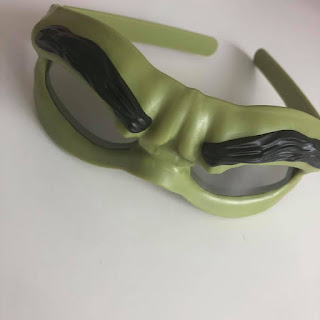 QVS Beauty on Instagram gave away bundles of make up brushes and I was lucky enough to win some.

Another Instagram win was from lauren_loves_xx she does regular giveaways and had posted she would be doing some random giveaways through the day where she would post a picture and the first person to reply tagging friends would win the item in the picture. I turned my notifications for her posts on so that as soon as she posted I could click on and I was lucky enough to win a Revolution Concealer.

Both me and the hubby won Pepsi Glasses and a Walkers bowl on the current purchase necessary promo. We keep trying for the tv.

On May the 4th there were loads of Star Wars comps about and I used tweetdeck to hunt some out. Although it's not technically a Star Wars prize I found a comp for a children's app called Peg and Pog which I won.

The Star Wars prizes didn't allude me though and we had some fab wins! 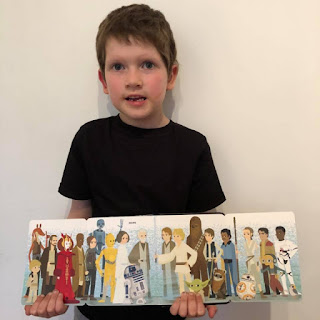 A fab double sided cushion from Character World that I loved so much I've bought a second one!

A brilliant bundle with Central Retail Park that had a light saber, a Storm trooper back pack, an R2D2 night light teddy and a BB8 Alarm clock! 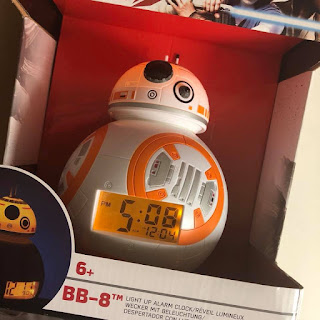 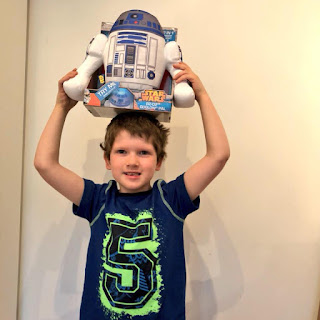 I also won some Star Wars pin badges after saying I'd love them for my back pack and sending them a picture of it in its pink storm trooper glory complete with Porg key-rings.

Our first kids mag win of the month was a Bizzy Bub. It was an entry form from Mixit Magazine and they'd missed the space for the competition off the entry form so I wrote it on a post it note and stuck it to our entry form and we won. 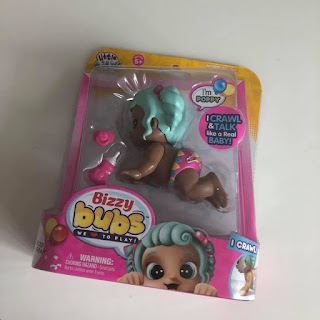 We won a book from Scholastic Kids called Dinosaur Firefighters and J has really enjoyed it so it's become our current bedtime story.

Another book win was Iguana Boy Saves The World from Toppsta. I thought it might be a good introduction to chapter books for Jake but he's not hundred percent taken with it at the moment.

WKD picked me as a winner of a crate of their bottles on Instagram, I expected them to just send a coupon out in the post but they sent the actual crate of glass bottles!

A small prize of baby socks on Instagram have gone in the baby box in the spare room.

I also won a Too Faced Lipstick on Instagram from greencatbeauty 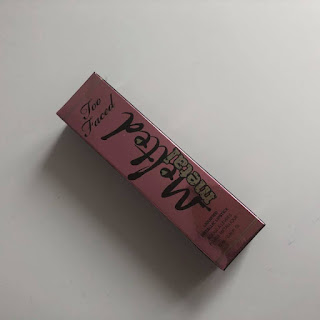 I won a personalised Carafe on Instagram from smartphoto and chose to have the quote 'It does not do to dwell on dreams and forget to live' which is from Harry Potter engraved on it and then I have filled it with fairy lights. The photo doesn't do it justice. It's lovely. 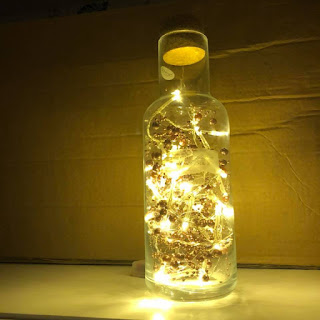 My first Facebook win of the month was a Mowgli Street Food book. You had to say what your favourite street food is and I said a slice of pizza from dough boys. There is a recipe in for butter chicken which I'm looking forward to making this weekend. 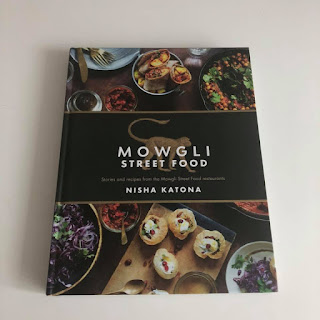 I won a make up bundle on Instagram which was a simple comment and tag and then I won a £15 credit for next of kin apparel and I ordered this cute bodysuit as I love that it's similar to The Offspring lyric, I also got a romper with a different design too. 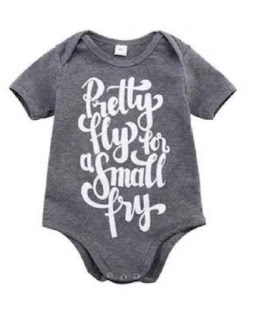 Jake was off School ill and so it was lovely to receive two parcels for him from Kids Magazines to cheer him up, one was a book called Emmeline The Cheeky Pup and the other was this awesome Grossery Gang Bug Strike bundle! 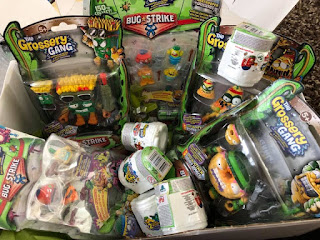 With the new GDPR rules coming out in May there were lots of promotions to opt in and sign up to newsletters and 'clubs'. A lot of people question if anyone ever wins from newsletter sign up competitions. Well I'm happy to say I won a gorgeous Minnie Mouse Chamilia necklace from signing up to the Chamilia club, I think I saw the advert on Facebook. It's worth £95 and is super pretty, although possibly a little bit too delicate for a klutz like me. 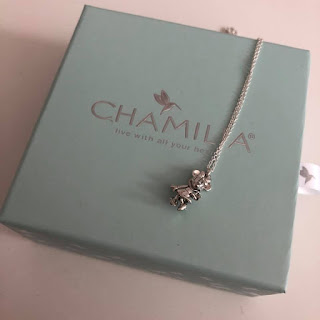 I won with Peter Rabbit Magazine on Facebook again, for the second time this year, this time a DVD which will come in handy for rainy days and make a change from Cloudy With a Chance of Meatballs 2 which I have watched 17 times this half term as it's what Jake wanted on! 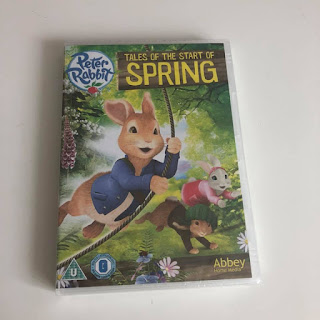 It was Coeliac Awareness/Gluten Free Awareness week and I was lucky enough to win a bundle of Pieminster Gluten free pies. I'm not sure if you've ever tried to do gluten free baking, but I have and it wasn't very successful so I was a bit nervous about what the pies would be like but Oh My Days they were delicious! We will buy them again but they are quite pricey (isn't all dietary needs food?) so they will be for a special treat.

I received another 2 copies of Big Bones books this month although I'm not sure where from?

Another two small Instagram wins came in as we headed into the last week of the month. A craft bundle from Nu who usually do notebooks and a tub of Oppo's new flavour ice cream from guessing what their new flavour was.

I had a nice bank holiday win of the new Maze Runner film on DVD which we are looking forward to watching at some point over the next few days.

I also won some Scolaquip goodies on Instagram which are paint sticks (similar to Little Brian ones) as well as some which you can use on fabric and some which are for using on your face!

I managed to tick something off my wish list this month too! I've been trying for ages to win with Colour Freedom and I finally won some hair dye! I miss having bright coloured hair so I can't wait for it to arrive.

Then it seems the comping fairy decided it's about time I start looking after myself as I had the following wins:
A Tefal Optigrill from Muscle Foods
A Nutribullet from the Belvita purchase competition. Which as well as making smoothies will be used for it's ice crushing abilities to make cocktails with the Cocktail Recipe book I won on Instagram.
Reveal Magazines top 25 beauty buys
and finally,
a crate of bottled water and a bundle of skincare products, again from Instagram.

As you can see Instagram really was my friend this month. My partner has the first week of June off so I won't be doing much comping as we are in the middle of redecorating and also hoping to enjoy some days out with Jake as well as trying to find him a new school as it's been decided a mainstream school isn't suitable and he needs a specialist school.

My Stats for the month are:
Total Number of Prizes: 38
Total RRP of Prizes: £1018
Breakdown of prize type: 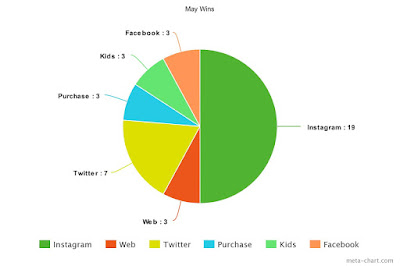