September is done, look out October here we come!

September was a real mixed bag for me in both comping and real life. While most people were looking forward to their kids going back to or starting school and gaining some extra time in their day, the start of my month was spent battling to get J into his new school and into full time education. He's been there 2 weeks now, with the first week being a transition week but he's doing really well. It did mean though that for the first two weeks of September he was only accessing 2 hours of education a day and I was spending a lot of my time making phone calls, emailing people and meeting people and then on his transition week until he went full time on the Thursday I was travelling to his new school with him and then waiting there before coming home so comping really took a back seat as I just didn't have the energy or inclination. I did think when he went full time I'd start really putting the hours in and comping lots but I found it really alien to have time to myself and not just the occasional hour so I did other things around the house, got dragged to garden centres and the vets by relatives who worry that my agoraphobia would take hold again now I have nothing to force me to leave the house like the school run (J gets transport) and then when I did finally feel like comping, my laptop went Pop!

All that aside, I did manage some wins, not my usual quantity but there are quite a few bits I'm really pleased about.

The first win of the month was a Cadbury Bag from the Match & Win promo. I've not really bothered with it since, I'm not a football fan at all and don't really need a keyring which a lot of people seem to be winning. I also don't need any excuse to eat more chocolate.

I won a pair of Cineworld cinema tickets in a text competition. We haven't used them yet as I didn't want to waste them on any old film and so I'm hoping to save them for date night and go see the new Halloween film when it comes out.

J loves the Hotel Transylvania films and with the new one out there were lots of comps to win goodies. I'd seen a few comps to win a copy of the game and one of the new dolls on twitter so I made sure to enter them all. With every tweet I added a video of J reciting a scene from the second movie. One of his quirks is that he has full films, songs and adverts memorised and can repeat them effortlessly. We were lucky enough to win the Wedding Mavis and game for the Nintendo Switch.

We had two kids mag wins on consecutive days. One was a Tractor Ted floor puzzle and wooden tractor that drives over it and the other is a Power Rangers Steel Morpher. Both Will be going in the Christmas cupboard one for J and one for my nephew.

I won a fantastic childrens book on twitter from Sploshy about Transport. It's a brilliant book with each page dedicated to one type of vehicle which is named and the book asks questions and gets you to sing nursery rhymes too, its lovely. 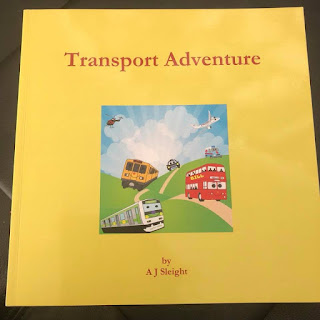 Baker Ross have been doing loads of daily giveaways of little childrens art project kits on both twitter and Instagram. I was lucky enough to win a Dinosaur Fridge Magnet Scratch Art set. Here are some of our dinosaurs. 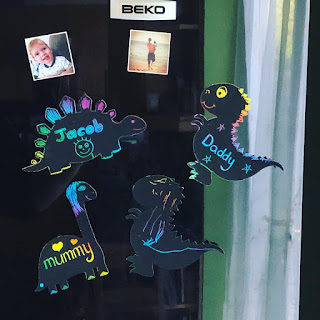 Aldiss run regular freebie Friday comps and I won a light box from them. I've bought some extra lettering and icons on eBay and it will be used as a Halloween prop.

I also won an overnight stay at a Jury Inn in their Freebie Friday competition.

I finally after trying from the beginning managed to win on the Freddo competition. I was hoping for LEGOLAND but ended up with a small adventure which wasn't suitable for us so I swapped it on the Virgin Experience website for some fancy chocolates. 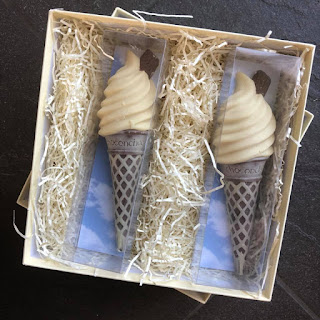 New York Bagel Company are giving Bagel Tins away on their Bagel Thins. The odds are really good on this one.

I don't know how I came across it but Holland & Barrett did a big giveaway where they gave loads of Dr Organics Snail Gel products away on twitter and I won a face cream. I'm actually terrified of slugs and snails and the thought of using the cream weirds me out but my nan is really looking forward to using it.

I won a competition with Claudi and Fin of a goody bag and some Usborne book learning books which will be perfect for J. The goody bag has arrived and was a tote bag, pen, ruler, note pad, frisbee, rubber etc but unusually no coupon for some of their ice lollies which is a shame. 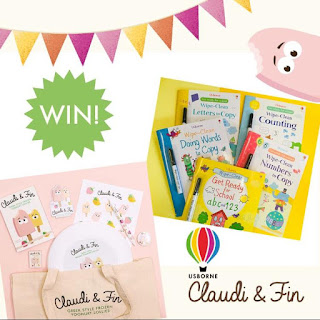 A couple of years ago during a mad moment one night I drew a poop emoji on my face. A kind of sh*t has hit the fan and I'm still smiling moment. It's been used in a few comps since and this time won me one of KD's new SNOT IT games which looks gross but great fun. I've put it out of the way till J's birthday. 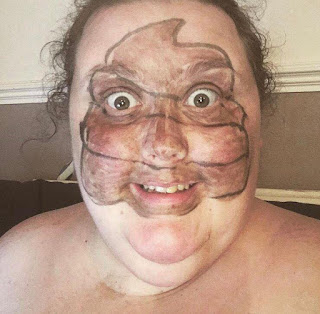 Tesco and Nestle are doing a giveaway with lots of prizes from free sharing bags to TV's. You have to buy a bag of chocolate and put your code in to win, you can only win once but you can keep reusing your code till you do win. We won a £10 Sky movies voucher on it so it will go towards a new DVD or something.

After telling my grandma on the phone I was missing my postie and hadn't seen him for a while and hadn't had a win either I had 4 wins in the space of around half an hour! AMAZING!

A yummy looking jar of Autumn Chutney is on it's way to me from Cartwright & Butler after I commented on their facebook competition with what my favourite thing about Autumn is.

I won a book for J from Carlton Books about Pirates on Talk Like a Pirate Day.

One of my favourite wins of the month is a No More Worries Kit from the Irish Fairy Door company. Not only did I win one for J but I won one for my friend Rachel whose son also has ASD. Anxiety can be a big thing in children on the spectrum so I'd love to see if it helps them any. 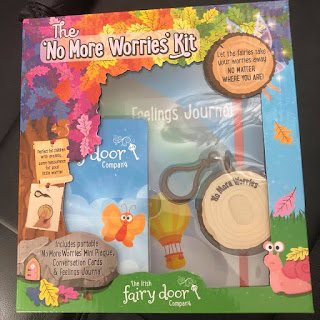 Then I decided to enter the Dairylea Super Cool or Super Cheesy comp which just like Freddo I had been entering with zero luck! You can imagine my shock when it came up saying I'd won! I've won a Polaroid Snap! camera. I can't wait for it to arrive.

I had an email from School Run to say I've won two Thames and Hudson Art books for children.

Then I had a surprise delivery from a kids mag of a Thomas the Tank Engine foam puzzle which is perfect for my nephew for Christmas or his birthday.

With Carabao cash due to end I put my last two codes in and won £5 on both of them.

So there you are. Despite a not very good start to the month, things picked up towards the end, and whilst a lot of the wins were on the smaller side sometimes it's the smaller prizes that keep you going.

I'm now all geared up for October. It's my favourite month of the year. It's J's 6th birthday which I can't wait to celebrate and also Halloween. I love me a Halloween creative comp. I've been working on ideas for me and the boy as well as pumpkins and really hope they work out how I envision them and win us some prizes. We've also got our Disney on Ice trip planned this month.

Here is for a smooth sailing month for everyone and the only frights to end with Halloween Delights. 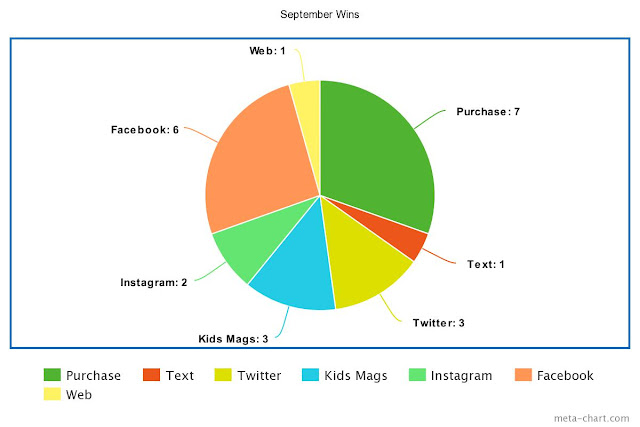