Creating the DREAM bedroom for my little boy. 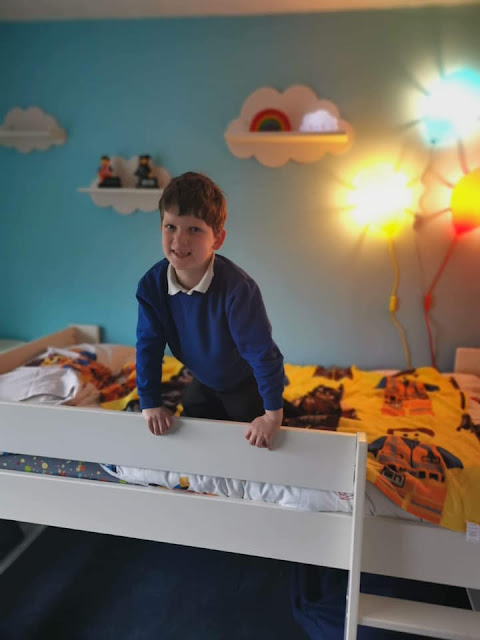 When I was younger I used to fill art pads with drawings and designs of houses.

I'd plan out the layouts, the decor, the finishing touches.

I used to love the IKEA catalogue and would spend several thousands of imaginary pounds on furniture for a house that one day I would create.

I wish I'd had the opportunity to progress with that dream, maybe take up a career in it. However that wasn't an option for me and so I shall have to make do with decorating my own home.

As I posted in my wins from March I was lucky enough to win a £150 Homebase voucher so it seemed the perfect opportunity, combined with some other wins I'd been saving to tackle J's bedroom.

J is 6. I asked him what type of bedroom he wanted and he gave me a very specific brief:
Firstly we had to tackle what was already in J's bedroom - a very large cumbersome car shaped bed, some wonky furniture that had been abused and a very dark blue focal wall that had some of Stickerscape Space theme stickers on. We dismantled the bed and disposed of the wonky furniture. Carefully peeled away the stickers - which I must say came off really easily despite being on the wall for several years. Then we had a blank canvas. 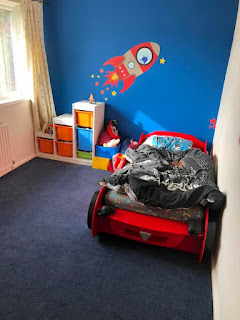 Due to the different things J wanted from his bedroom we decided to split the room into areas so we had two focal walls and then the remaining walls we kept neutral. We opted for Wilko's paint. The neutral colour we picked was called Grey Whisper and then the focal wall colours we chose Turquoise and Elf. I must say I was a little bit nervous when we first opened the tin of Elf. 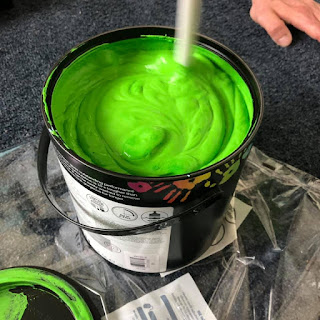 For the furniture we used the Homebase voucher and bought two of their cube storage systems with some storage boxes in blue and green to complement the wall colours. The units are perfect for toy storage, books and displaying LEGO. The smaller 3 cube bench is being used as a seating area. 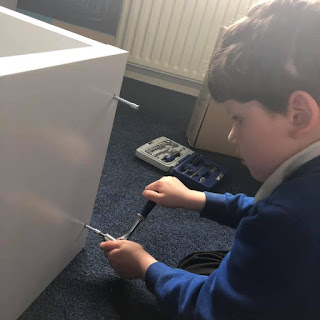 The mid-sleeper bed was the main focus of my hunt and I ummed and aahed over so many different beds wanting to get the perfect one. I didn't want anything too high in case J fell out and I wanted something sturdy and that I knew would be resilient to J's stimming (he bounces himself to sleep and also bounces in his sleep). We looked at brand new and second hand and then I spotted that the Childrens Bed Shop had an eBay store and were selling brand new beds that had been returned with torn boxes at clearance prices. The only issue being they were collect only from Durham. A £10 winning bid and £15 in diesel for Ant's work van and we had the perfect bed for J. We kept his original mattress and underneath have put an LED strip light kit which J thinks is brilliant. He loves his Steens Memphis mid sleeper and the great thing is when he has had enough of being in a mid sleeper it converts back to a single too. 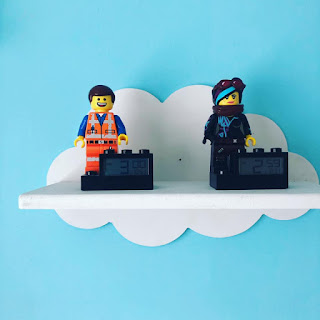 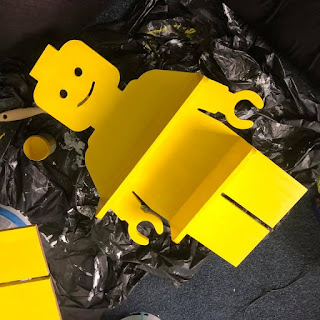 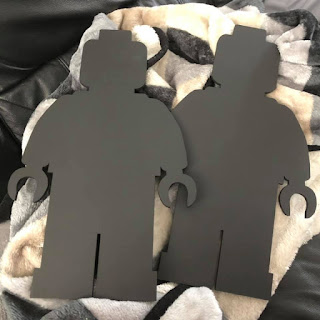 Once the walls were painted, the bed and storage furniture built it was time to add the finishing touches.

The balloon lights are from IKEA. We placed them alongside his cloud shelves. On those shelves we added his LEGO alarm clocks (competition win), Grimms Rainbow and also a little Cloud light.

The bedding, fleece blanket and cushion were a competition win.

Whilst in IKEA we also bought some pop up baskets to store J's soft toys in and a small ladder shelve system to display his minifigures.

The wall art was from ukposters and some competition wins. 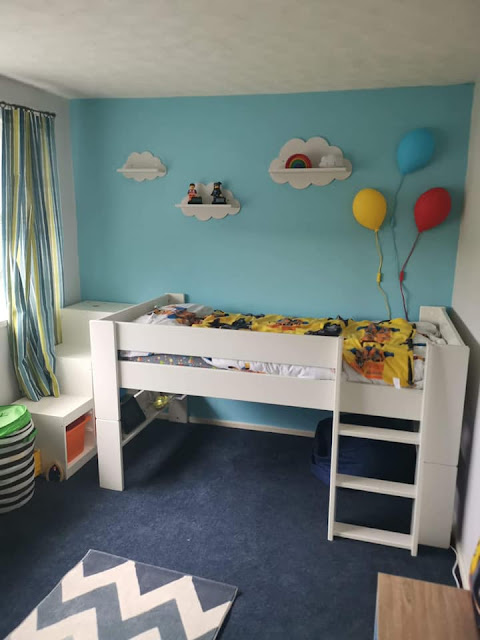 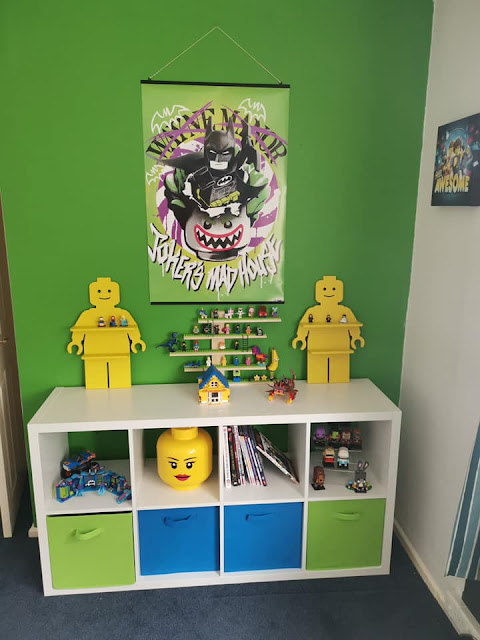 J is really happy with his bedroom and so am I.

Things That I won in April

Happy 1st of May everybody.

As many of you will know, I'm a comper which means I enter competitions in my spare time to win treats and nice things for my family. April has seen a two week half term, a Bank Holiday and me and my partner redecorating my sons bedroom (more on that to follow in a separate post) so spare time has been limited this past month and so I've had my worst month in terms of number and value for quite a while.

I've still had some lovely wins though...

My first win was £17.50 from Boom25 mainly made up from bonus. This is the first time I've won from them as I tend to go via cashback apps for online purchases usually.

On Instagram I won a bundle of facemasks, footmasks and bath bombs from @Cherryzuk.

I also won a selection of puzzle books from Take a Break on twitter. There were a few competitions inside them which I've made sure to enter too as it's lovely to win a prize on the back of another prize.

Another twitter win is a selection of the Zoella fruity range from Superdrug. I can't wait to receive this as the range looks amazing!

I've won some biscuits from Fox's Biscuits on Facebook.

Whilst most of the World Book Day competitions were effort related I entered a couple of others including one with Go Girl magazine which was a gleam competition. I was lucky enough to win a copy of Sam Wu Is Not Afraid of the Dark for J.

Another book win from a kids mag this time was Ultimate Superstars.

I took part in an online egg hunt competition with Jean Patrique cookwear and won a gorgeous knife set worth £40. They are super sharp and really good quality.

I left buying Easter eggs till the last minute and our local shops had all sold out of the ones that J would like, luckily I won two eggs from a local shopping centre.

A delicious Isle of Arran Cheese hamper arrived from a twitter win that I found by searching for competitions that were ending that day.

I also won a Mary Kay highlighter on twitter where you had to tweet them a picture of an egg they had hidden on their website.

My final win of the month was for J where I received a phone call from Pop tv to tell me he'd won a selection of Superzings.

So there you have it. 12 small wins. All appreciated but hopefully the list next month will be a bit longer.

Have a fantastic May.