Well after a fantastic February, March had a lot to live up to. It promised the opportunity for lots of creative competitions with World Book Day, Mother's Day and the run up to Easter, however we had lots of snow and it threw everything into much disarray.

Here is a breakdown of the prizes I won in March:

I won some cute Teletubbies Pyjama's from Character.com on twitter. They run weekly giveaways and their pj's are fab! 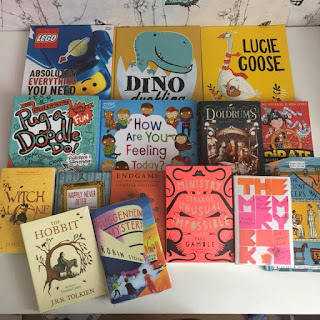 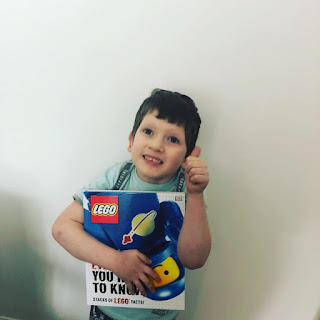 I won another prize from Jennie Edspire's month long instagram competition I mentioned in last months prize post. Some gorgeous tights and pj's from Slugs and Snails.

On the 5th of March I won a facebook competition from Skipton Building Society and won 2 tickets to a show of my choice at West Yorkshire Playhouse so we are going this Friday to see Dancing Bear which I'm looking forward to. I'm always nervous of winning tickets to shows as I have a few accessibility issues not to mention major anxiety, but luckily all except one promoter have been accommodating, and it means I've seen some amazing shows and bands over time.

I won a prize from Max Factor which is what would usually be a GWP (Gift With Purchase) in Boots and was a full size mascara, lip product and eyeshadow. 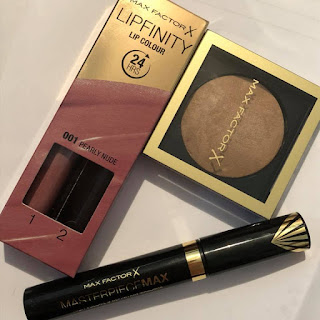 I also won a runners up prize on instagram from Pacapod. There were 20 runner ups so I wasn't expecting much but I received a Colby Ember changing bag worth £65! 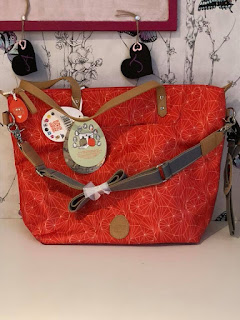 The lovely Cara over at The Jammy Jigsaw knows my plight when it comes to getting my boy to sleep and stay asleep and she tagged me in a competition on Instagram to win something called a Fidget Bum which goes on the child's bed and zips up over their covers to stop them kicking the covers off.

I received a WTC on the 7th - I hate WTC as I don't like talking on the phone. It was telling me I'd won a local pancake day competition with my Scooby Doo pancake and had won a crepe pan. Oddly enough despite being 3 weeks since Pancake Day this wasn't my only pancake win this month.

We won a £20 book token with our WBD Costume. Jake chose 3 books - Oi Dog! Oi Frog! and Cake. All three of them are fab reads.

I won 2 beautiful Kylie Minogue cushions on instagram which are currently stashed away till my new sofa gets delivered.

Another pancake day win which I wouldn't have known about had a lovely comper not messaged me to say they had spotted my name on Cookson Gold's winners list and I needed to email to claim my prize. My electric crepe maker has now arrived and leaves me plenty of time to practice ready for next years competitions. 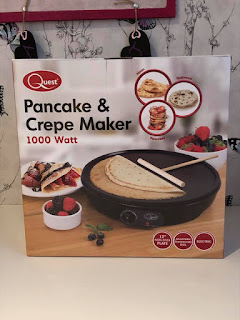 I found a low entry gleam competition and won a Stargazer Lottie doll, I also won a years membership to the Azoomee app which is great for Jake. 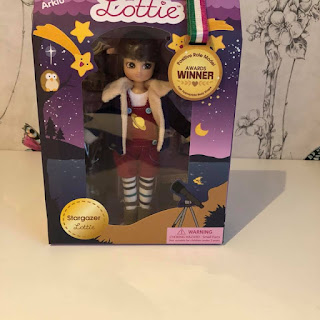 I won a Flowers scented reed diffuser and room mist from Laura Thomas on Instagram, it smells great and I love all my home fragrance products like candles and reed diffusers so it's great to win new ones to try.

Anatomicals on Instagram did a face mask competition and I won 3 face masks, I seem to do quite well with them on Instagram and have had 3 or 4 prizes from them now.

Makerly Crafts on instagram are entirely to blame for my lack of comping for a few days as I won a mosaic coaster craft kit that I sat and spent ages doing instead of being on the laptop, it was very therapeutic I just need to get round to grouting them then I can take photo's.

Another book for Jake called Something Fishy was won from a newsletter competition.

Then I won a bundle of Easter themed books and a book bag from educating_tina and stitch_me_happy on instagram. The bag is gorgeous and too grown up for Jake so I'm using it to keep paperwork and my magazines in and the books were a great selection. Jake is especially impressed with the That's Not My Chick and a Lego City book called Follow That Easter Egg!

I had a fab win on Facebook which might seem a bit strange to some but it's a 2m RGB LED Tape Light Kit from Simple Lighting. Jake responds really well to lights, he doesn't have a proper bulb in his bedroom but has what is described as a party bulb as it makes colourful swirls on his walls and calms him so adding some more lights to his room is great for us and is helping us to slowly turn his room into a safe sensory space for him.

British Science Week hit and I was desperate to win some science goodies for Jake, we'd done lots of home experiments and I was hunting twitter, Instagram and Facebook for comps. The lovely people at Propeller sent us a Spintelligence kit about Space and then after talking to them about their kits sent us a Numbers one too. 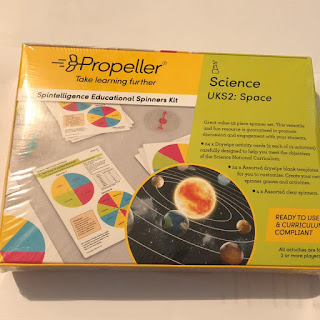 By this point we are at the 17th of the month and Jake hadn't had a kids mag win which is pretty unusual for him. The fact I keep posting them for others and forgetting to enter doesn't help, but then he was blessed with two fab wins!!

A Spynet watch which he has taken great delight in using to photograph my ceiling a lot ha ha. 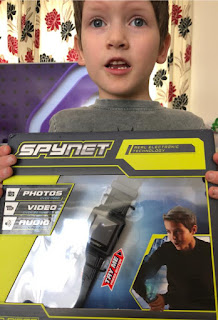 and a Nintendo Switch!!!! Buzzing as we really wanted one for him as I think they are a bit more child friendly than the Xbox One that his Dad has. 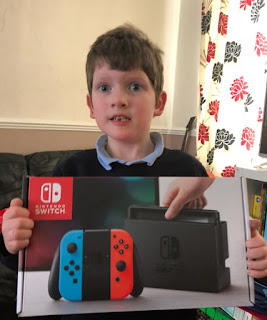 I didn't win any Easter Eggs this year *cries* but I did win 2 bars of Ocelot chocolate on Instagram which my OH ate.

Then I hit a bit of a lull (probably too much time playing on the Switch and less time comping) but a Toppsta win and hand mask from Instagram kicked my butt back into gear a little.

Nick Jr announced me as a winner of a fab Paw Patrol bundle which came super quick! 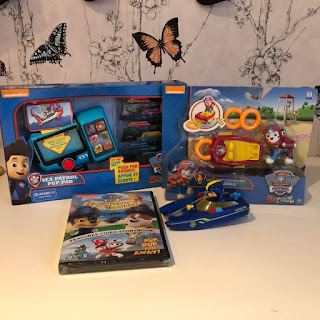 Then I won a coffee scrub on Instagram which will be fab for getting my skin summer ready.

A gorgeous soft Bobo Buddies Rabbit comfort blanket on Instagram  which is lovely!

I won 2 copies of Big Bones books on Instagram, one was for my bestie but she won too!

My final win of the month was from a twitter party with BrainBoxGames about #InclusivePlay which is very important to me as Jake can often be seen as an outsider. The prize is a Recycle Me set about making models from recyclable items which Jake will
love as we love our crafting. 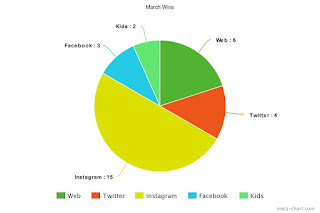 Here is hoping for an awesome April for everyone
Danielle x

ps I also won some Dorito's on the purchase comp but I haven't included those in any total as at the time everyone was winning, plus I gave the coupons to some compers to use x

Easter - how do you do yours?

So we are now on the 3rd of April and hopefully most people have recovered from their chocolate hangovers.

Easter is an interesting one for me, we are aren't religious, we aren't traditional, we aren't the kind to go OTT I don't think. There were a mixture of posts on Social Media about how people do Easter, which leads me to the question - 'How do you do yours?' Are you the kind of person to roll an egg down a hill? Only buy your child one egg? Buy your child 20? Or go full out and buy them presents and eggs and have Easter as a second Christmas?

In previous years I have been lucky enough to win our Easter eggs but that didn't happen this year! I was going to have to put my hands in my pockets and buy the boy an egg.

Jake is very much a fan of Nerf guns and having battles with his Dad but the ones we own are a bit cumbersome and hard for him to use alone so when I spotted Nerf Eggs at £4 in Tesco I decided one of those would be perfect for him as the toy would be fab and it wasn't too much chocolate. 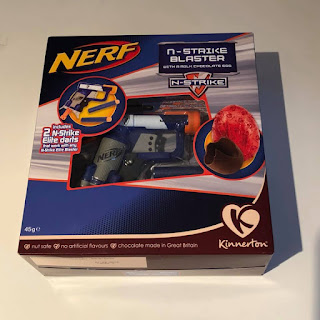 Whilst in Tesco I also spotted the new Orchard Games mini games. These were £4 each or 2 for £7 and look great. The price of some Easter Eggs can easily be £7 so I decided to get him Build a Beetle and Little Bug Bingo. I love Orchard Toys games anyway, they are perfect for working on turn taking, learning to follow instructions, speech and understanding. 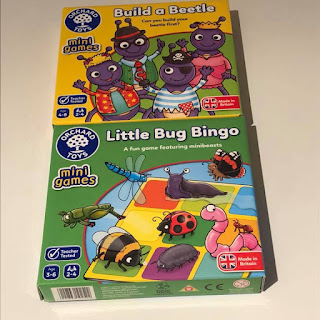 On the Saturday morning we visited our local Smyths toy store and they were running an egg hunt. Jake was given a little rabbit ears headband to wear and we walked around following clues. Luckily they were mapped out in the order of the store and it was more me solving them whilst Jake asked for everything but at the end of the hunt he received 2 Easter Eggs and a small bag of Lego.

My Dad dropped off some Easter treats for Jake and I have to say he chose the two things from M&S I would have chosen too. I love this little dinosaur egg cup. It's cute, practical and will hopefully encourage Jake to try boiled eggs - if not I think his Dad has plans to use it for his breakfast haha. The Thomas egg is brilliant for Thomas fans, it's a perfect replica of the childhood hero, all made from delicious milk and white chocolate. 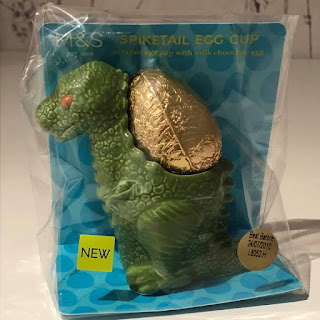 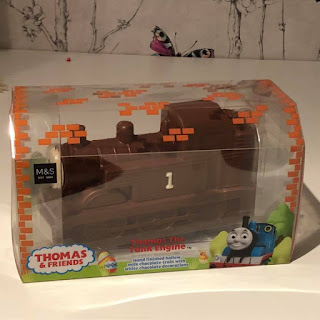 All the Easter fun had hyped Jake up and he hadn't even eaten any chocolate yet! It meant he was up at 2:15am though asking if the Easter Bunny had been? He hadn't. Due to him not going back to sleep I didn't get chance to hide the little plastic eggs around the house so I told Jake that the EB couldn't hide the eggs as he had been awake and he couldn't risk being seen so there would be no egg hunt. Around 10am I got the chance to sneak into the garden and hide our brightly coloured plastic eggs and then I went back inside and pretended to received a call from the Easter Bunny who told me that as he couldn't hide the eggs in the house he had hidden them in the garden instead. Jake donned his bunny ears and basket - both £1 from Asda and headed off to find his rewards. Once he'd found them all he spent ages hiding them again and recollecting them. Over. and. Over. and Over. 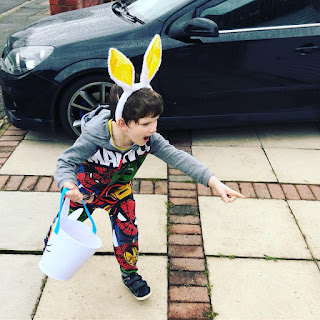 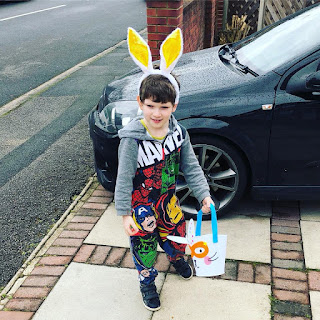 In the afternoon we did some crafts painting some eggs and making these super cute finger puppets. The kit was £1 from Asda and simple enough for Jake to do with a little help from Mama. 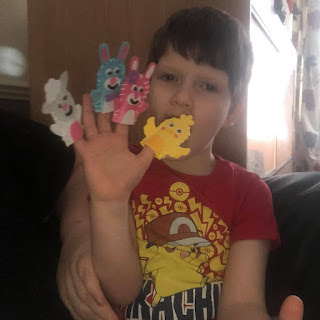 So that's how we did our Easter.