October - A Month Of Treats!

It's the month I became a mummy. Which automatically makes it awesome and we always do something fun for J's birthday.

It's also when the clocks go back and the nights get dark and you get cosy and snuggle up on a night and I have an excuse to wear the funkiest slipper socks ever!

The other great thing about October is Halloween. I've only been carving pumpkins for 3 years but I love trying to come up with ideas for creative competitions as well as seeing what everyone else creates too. Some of the Halloween comps don't finish till early November so I'm hoping to have one or two Halloween wins to list on next months win list.

On to October's wins.

My first win of the month was a Bebeto Sweets hamper on twitter. Someone messaged me being a little bit negative as they'd won before with them and not got very much so I wasn't sure what to expect but it would either get eaten or given to trick or treaters. It was actually a really decent prize though with lots of yummy sweets inside. 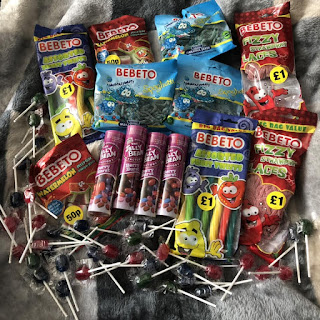 I had a mystery book arrive through the post that I haven't got a clue where it came from called A Sky Painted Gold.

My third win was a True Crime magazine from their twitter page. I love reading about real crimes especially famous murder cases so this was perfect for a few moments peace.

@CherryGoodJuice on twitter run lots of weekly competitions and I won £25 Waterstones vouchers from them. I want to get J the new Oi! book as he loves that series so that's a great prize.

Leeds Recycles on twitter ran a competition for Recycling Week where they wanted people to retweet their tweets and one person would win £25. It didn't get as many entries as not every tweet mentioned the competition so I set up a column on Tweetdeck and made sure to retweet everything and was very pleased to win £25 of Love2Shop vouchers. 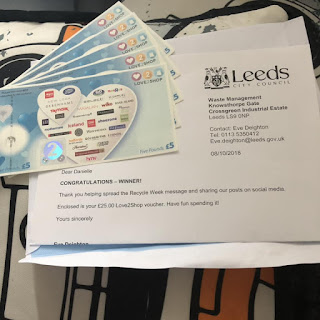 My third £25 win in 3 days was from That's Life magazine. They put a post up on Facebook asking for peoples Halloween pictures and they published a picture of J as a baby and paid me £25 for doing so! I've bought the magazine and saved it! 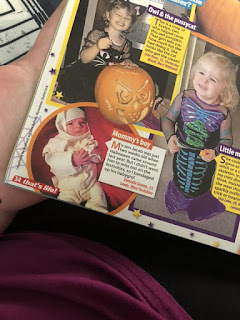 Grandparents Day saw a few comps and John Adams ran one asking what your grandparents had taught you. There were a lot of very soppy comments but I won a fantastic family games bundle by saying my Grandad taught me how to make a mean Meat and Taty Pie. Our first kids mag win this month was a Maped Helix set of pens, pencils and a sharpener. J has really taken an interest in drawing and mark making now so they came at a great time!

Having tried for months to win on the Dairylea comp and finally managing to win on it last month I was super surprised to win again! This time a onesie!

The Book People turned 30 this year and they ran lots of daily competitions. I was over the moon to be notified I had won the Enid Blyton prize. 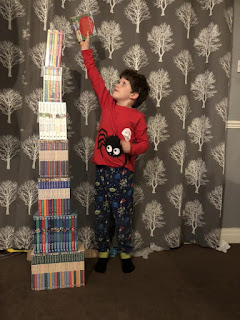 and has an RRP of just over £650! I loved Enid Blyton as a child and look forward to revisiting them both alone and with J. They are timeless classics that my grandparents and parents loved before me and I am so pleased with this win. 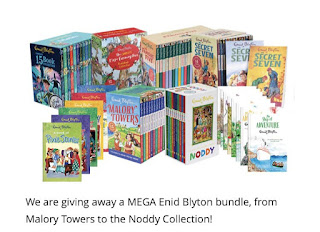 Our second children's mag win was from Kraze and was a Voltron Lion Changer toy. (One for the Christmas box)

I have made a bit of an effort to try get back into Instagram this month after a lovely comping friend helped me clear all the dead wood from my account (Over 450 inactive accounts!!!)

I won 4 Odeon tickets through Pringles! (We are loving going to the cinema at the moment)

I won a box of Beefy Seabrook crisps in their Facebook freebie Friday competition.

Two fab Facebook wins for the Christmas box (or just before in one prizes case) of an Air and Space Origami Kit and a LEGO StarWars Advent Calendar. 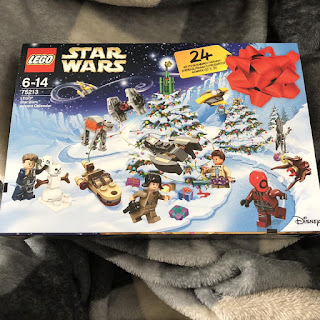 J received a LWE to advise him that he had won with one of the Puzzler Children's magazine competitions. A PS4 1TB Console with FIFA 19, Little Big Planet and LEGO Superheroes!!! 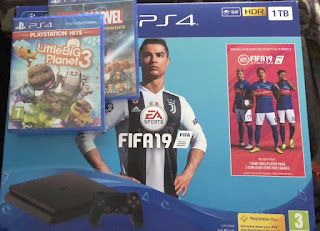 I managed to win £57 on the Heinz promotion. It's worth buying a can and entering. I won on a Sunday afternoon and I think it was about 6 minutes past 12 when I entered although I don't believe there is a pattern!

My 2nd Instagram win is something which I have wanted for ages. I get their catalogue through the post and always flick through and wish I could justify a purchase. I won from Win Green. I won one of their Large Garage Playhouse's which are around £235 to buy. They are made from lovely thick fabric with beautiful stitched on detail and it will make a great den for J in his room. 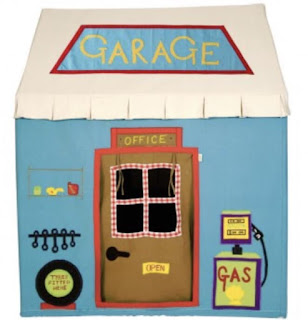 After my earlier win with True Crime Library on twitter I was lucky enough to win from one of their newsletter competitions too and received a copy of Nowhere Girl.

The Range do regular Facebook competitions where they ask you to just comment with the blushing emoji three times - nothing else. I won some Snazaroo face paints from one of them which arrived in time for Halloween.

Along with the facepaints from the Range I also received some Halloween Goodies from Vodafone in their TuesdayTreats giveaway. There were light up pumpkin LED lights, fangs, sweets, cobwebs and a pumpkin carving kit. 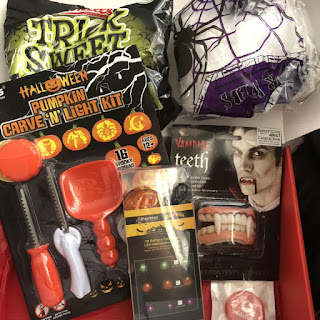 On twitter Okido ran a competition for a Learning Resources Beaker Creature Liquid Reactor Super Lab which I won and have put away for Christmas along with a Pocket Microscope won from Kiddycharts on Instagram.

Our final childrens magazine win of the month is a Greedy Granny game, which, you've guessed it - is going away for Christmas.

End of the month consisted with not only loads of comps due to end of the month but also had Halloween and Win it Wednesday! So there was lots to keep me busy! I was really lucky though and finished the month on 4 wins in one day:
£100 Amazon voucher for my pumpkin picture
Sweets and Chocolates for my pumpkin
2 silver peas in a pod necklaces from Instagram
A hooded mask from a Facebook live chat. 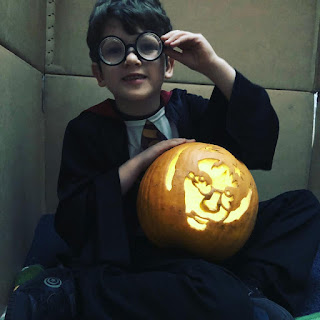 So I've had a fantastic month. Lots of Christmas presents and lovely things won. I'm really focussing on Christmas now although I think J might have quite enough stuff so need to look at the rest of the family!

Happy one month till advents. 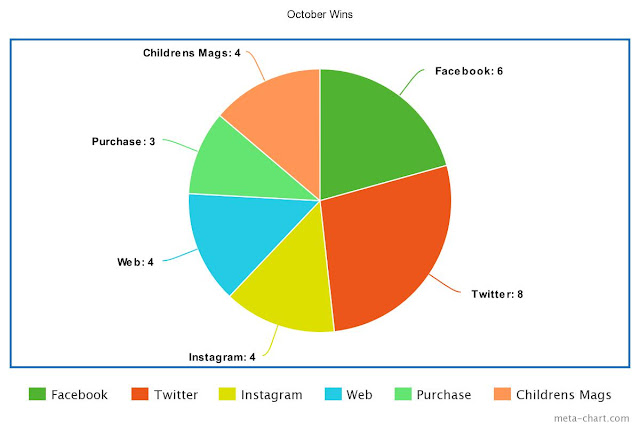