I won 407 prizes with an accumulative RRP of approx. £17000. I don't have an exact figure at the moment as I'm awaiting several bundle prizes that I'm unsure of the exact contents/value for.

Of those 407 wins the most productive platform for me was Instagram where I had 126 wins - this is even with me taking a couple of months off! Here is a pie chart to show how my wins breakdown across platforms. The 'Other' category refers to apps as I was lucky enough to win on a few apps such as Snapchat and MediaRewards this year and didn't feel those wins would fit in any other category. 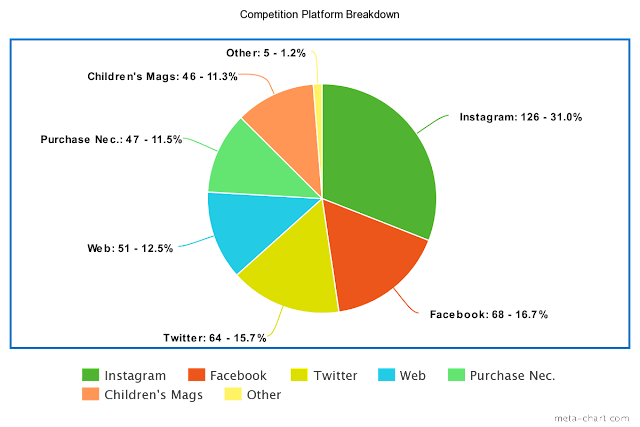 My best month wins wise was August which saw me win 45 prizes followed by December with 44 but generally I was winning over 30 prizes a month apart from April, September and October where I was having issues with J and schools. It works out at an average of 1.12 prizes per day. 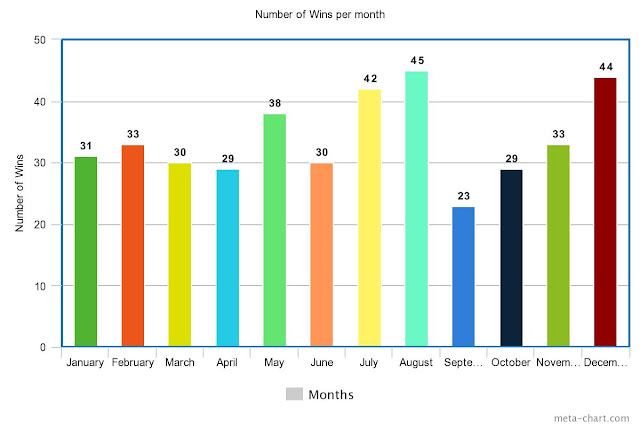 Value wise my average prize value is £41.77 per prize but this is massively skewed as there are small wins such as my lowest value win of a Chocolate bar valued at £1 to a highest value win of a pair of designer watches worth £1600 followed by the amazing Enid Blyton book win worth over £600! 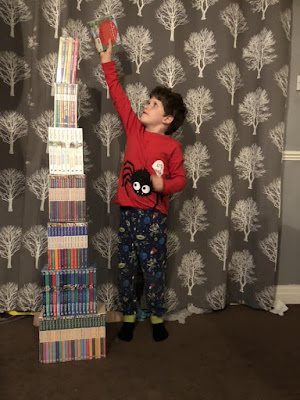 I did partake in several effort competitions this year although I could have done more but we did well with what I entered. My favourites being Pancake day which saw us with 8 wins and Halloween with 5. 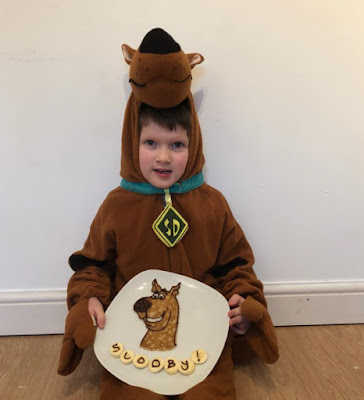 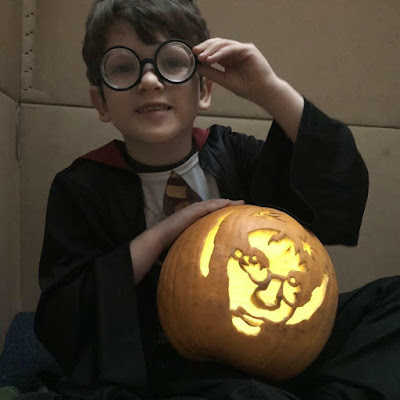 I tried my best with the Heart Family Challenges which frustrated the hell out of me as I had great feedback from everyone except Heart themselves! 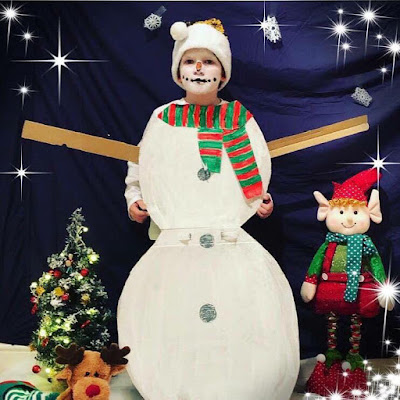 At the start of the year as a family we create a Wishlist and out of 25 items we managed to tick off 17 which I'm really pleased with especially as they were things I've wanted to win for years like a PS4!

We have another Wishlist prepared for 2019 to get working on!


My favourite win of 2018 has to be the tickets to Cbeebies Summer Social as J got to meet Andy Day who is one of his idols. It was amazing to see his face light up when he realised it was the real Andy and he could touch him and talk to him about dinosaurs. 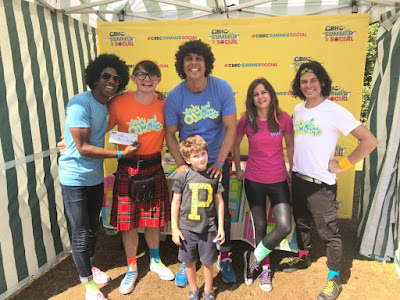 It's because of prizes like that that I comp as it gives me the chance to give my family the treats and experiences they wouldn't normally get. It's allowed me to provide J's old school with a large quantity of books to restock their library. It's allowed me to feel like Santa and take a large sack of puzzles, toys and DVD's with us to our appointment on Christmas Eve for the children who aren't able to spend Christmas at home and it's allowed me to keep my nan stocked up on enough lotions and potions to see her till she's 305.
at January 01, 2019